Abstract: Arithmetical pluralism is the view that every consistent arithmetical theory is true (of some objects) and, therefore, as legitimate as any other, at least from a theoretical standpoint. Pluralist views have recently attracted much interest but have also been the subject of significant criticism, most saliently from Putnam (1979) and Koellner (2009). These critics argue that, due to the possibility of arithmetizing the syntax of arithmetical languages, one cannot coherently be a pluralist about arithmetical truth while holding that claims about consistency are matters of fact. In response, Warren (2015) argued that Putnam’s and Koellner’s argument relies on a misunderstanding, and that it is in fact coherent to maintain a pluralist conception of arithmetical truth while supposing that consistency is a matter of fact. In this paper we argue that it is not. We put forward a modified version of Putnam’s and Koellner’s argument that isn’t subject to Warren’s criticisms. 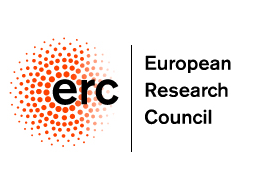